Discredited journalist and conspiracy theorist Paul Thacker, who became infamous for spreading disinformation about GMOs and biotech scientists, is back. This time, he’s ranting about 5G. But it seems he could only get his most recent work published in a foreign language with the help of a collaborator, Dutch journalist Jannes van Roermund. 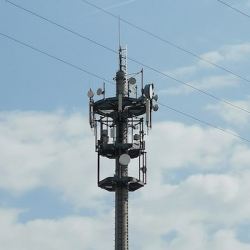 A few weeks ago, we received an email from Dutch journalist Jannes van Roermund, who works for the newspaper De Telegraaf.

To be clear, I’m using the word “journalist” here rather loosely, because van Roermund was not interested in anything resembling a scientific or evidence-based dialogue. The questions he sent were along the lines of, “Why do you beat your wife?” They indicated that he already has taken a side in the “debate” (i.e., 5G is dangerous — an absolutely absurd belief) and that our guilt was already presumed.

I am a journalist from The Netherlands, writing on 5G and the discussion in the scientific debate. I have found the ACSH blaming prof. Moskowitz for the Scientific American study. Hereby I have some questions. I would be happy to receive the answers today or tomorrow morning.

Here was my response:

Given the quality and tone of your questions, I’m skeptical that you plan to write an article that makes scientific sense or treats ACSH fairly. But I’ll answer them anyway.

1) Joel Moskowitz promotes the scientifically disproven belief that 5G, cell phones, and wi-fi devices cause cancer or other serious health problems. He also believes that California is hiding data that proves his beliefs. That, by definition, makes him a conspiracy theorist, akin to someone who says that vaccines cause autism.

2) You’re citing an article that is 8 years old. Things have changed since 2012. Most (86%) of our funding comes from private individuals and foundations. Only 9% comes from corporations.

3) Our opinion on cell phones, 5G, and wi-fi is in agreement with the scientific consensus, including with groups like the U.S. National Cancer Institute. Are we all corporate shills?

Also, I’m a PhD microbiologist, so please refer to me as Dr. Berezow. And note that Scientific American is not a peer-reviewed journal, so it does not publish “studies,” as you wrote. Maybe you’re in over your head on this one.

As it turns out, van Roermund wasn’t in over his head. Without disclosing it, he was secretly co-authoring the article with Paul Thacker, an infamous anti-GMO activist — whose work on the topic tends to get retracted — and who is now spreading disinformation about 5G. Van Roermund and his partner in crime knew exactly what they were doing.

For the uninitiated, Paul Thacker is well-known among the biotech community. He has spent many years accusing pro-GMO biotech scientists of being industry shills paid off by Monsanto. His tactics are merciless; for instance, he engages in relentless defamation and character assassination by employing guilt-by-association accusations, innuendo, and outright lies. In an article posted on his own website (which is worth reading in its entirety to truly understand Thacker’s depravity), NYU journalism lecturer and freelance journalist Keith Kloor — who was one of Thacker’s victims — referred to him as “malevolent” and a “sadistic troll.”

Perhaps because he finds it increasingly difficult to get his conspiracy theories published in America, Thacker found a willing partner in the Dutch journalist Jannes van Roermund. Thacker knows who I am (and has blocked me on Twitter!), so he almost certainly fed van Roermund a bunch of names. Lo and behold, all of us were then smeared in De Telegraaf article.

For instance, in this English translation of the hit piece, I’m not referred to as a PhD microbiologist or an expert in debunking junk science. Instead, I’m called a “publicist.”

Grimes isn’t the only publicist who downplays the potential danger of 5G, and previously defended pesticides. Also, Alex Berezow, director of the American Council on Science and Health (ACSH), attacks Prof. Moskowitz, calling him “a conspiracy thinker and charlatan,” complete with an aluminum cap.

“Grimes” is Dr. David Robert Grimes, a postdoctoral fellow at Queen’s University Belfast. He, too, was referred to as a “publicist.” The article went on to smear Dr. David Zaruk, a science writer and professor at Odisee University College, who has never written about 5G. The article was essentially a “Who’s Who” list of people Thacker hates.

It’s far easier to hold the media accountable for malpractice in the Netherlands than in the U.S. The first step appears to be to file a complaint with the newspaper and then with the Dutch RVDJ. Several of us targeted in that article have begun the process. Here is the complaint I submitted:

To Whom It May Concern:

My name is Alex Berezow. I’m a PhD microbiologist and an expert in debunking junk science. Jannes van Roermund contacted me a few weeks ago and asked a series of biased questions about my organization, the American Council on Science and Health (ACSH).

I answered his questions transparently, after which I asked him to answer some of mine (for an article I’m working on about him and your newspaper). He refused to answer.

When the article he wrote was published, I noticed several major problems:

2) The article calls me a “publicist.” That is outrageous. I’m a scientist. The article purposefully ignores my credentials and disrespects my expertise by not referring to me as “Doctor” or indicating that I have a PhD in microbiology. Yet, the article does refer to anti-5G activist Joel Moskowitz as “Professor.”

3) I was not notified that the article would be co-authored with Paul Thacker, an activist who has attacked me personally on Twitter.

This is biased, sloppy journalism. I intend to file a complaint with the Dutch RVDJ. Publishing lies has consequences.

The newspaper has yet to respond. We’ll keep you posted.